Talk and Signing: Cambridge Women and the Struggle for the Vote 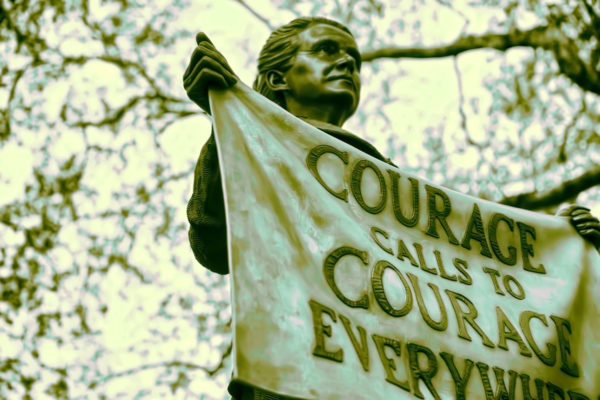 Did you know that Cambridge was at the forefront of the struggles for women’s rights to vote a century ago? 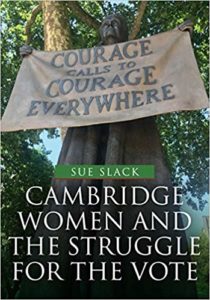 Millicent Fawcett, the national leader of the non-militant Suffragists and arguably one of the most influential women in Britain during the last 100 years, was a city resident and founded the Cambridge Women’s Suffrage Association. What’s more, leading militant Suffragette Emmeline Pankhurst spoke at a number of riotous rallies and meetings.

Author Sue Slack has researched the role of Cambridge women in the struggle for voting rights, from the late 19th century to 1918 Act that granted suffrage to women over the age 30 and on to equal voting rights in 1928. Alongside many familiar names are accounts of many others who fought for rights that we take for granted today.

Join us in the Enid Porter Room from 2:00pm – 4:00pm on Saturday 15 September to find out more about the local women who contributed to the Great War and protested against it, founded local groups for the Women’s Institute and Girl Guides, led developments in eduction and welfare, and became the first female MPs, barristers, magistrates and surgeons.

Talk and Signing: Cambridge Women and the Struggle for the Vote