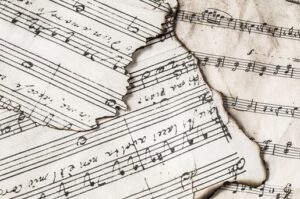 What do you think you could hear in the past? What sounds would be similar to today, and what sounds would be different (make a list, if you like)? Today in the city, we often hear the buzz of cars and traffic, but 200 years ago we would hear the sound of hooves against cobbled streets. But we’re sure you could always hear the sound of people, and the sound of music throughout history, especially in a place like Cambridge, where music is so important to the past of the city and the medieval university.

In this activity, we will be diving into the sound of the past by looking at old folk songs called “Broadside Ballads.” These are descriptive folk songs which came about after printing was invented in the 15th century, and were performed, sung and sold in public places. So it would have been common to have heard people singing Broadside Ballads on the streets where you live! Many of the ballads were about real life news, or told popular stories, or had a good moral to tell.

This ballad was made between 1684-1686, and is all about Robin Hood! This legendary figure is an important part of english folklore. He was a very popular theme in many ballads. According to legend, Robin Hood was a skilled archer, who stole from the rich to give to the poor. Whether you think him a thief or a hero, he still remains a popular figure in the english imagination today! To see and listen to the ballad in full, we’ll have to hop over to the The English Broadside Ballad archive.

Here (https://ebba.english.ucsb.edu/ballad/20723/image), you can see what the ballad looked like. It was common for ballads to show images of the subject of the song!

Here, you can see more clearly what the song says, telling of the adventures of Robin Hood (https://ebba.english.ucsb.edu/ballad/20723/xml).

Here, you can listen to what it sounded like (https://ebba.english.ucsb.edu/ballad/20723/recording)! 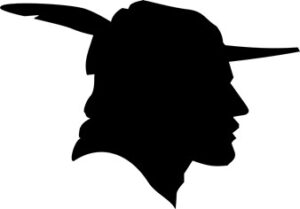 Now, let’s focus on old ballads from Cambridge! Here are two ballads by Timothy Loker, the under-butler at St John’s College, Cambridge, published in 1861. He loyally worked at St John’s College for 55 years, but in his spare time, he was a self-taught man with a knack for writing – he wanted to make his mark on the world through his words, and got frequently published in local papers! In this activity you will be making up your own melody to a selection of his very own songs and ballads to honour his memory! 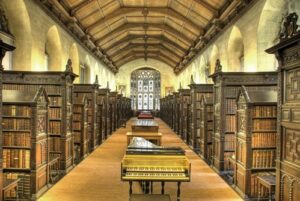 THE SUN WILL SHINE AGAIN

OH! chase those thoughts away, my love,

Thy silence gives me pain;

Though clouds may frown today, my love,

The sun will shine again.

There is not in this wide wide world

A lot so brightly cast,

That hath not known one cherish’d hope

Cut down by some rude blast:

Then chase those thoughts away, my love,

Thy silence gives me pain;

Though clouds may frown today, my love,

The sun will shine again. 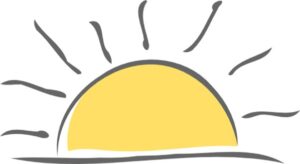 But dark must his path through this life be indeed,

Who owns neither brother nor friend,

His struggles unheeded, his heart left to bleed,

By sorrow pursued to the end;

No brother to cheer him as brothers should cheer,

No friend with his grave-mould to mingle one tear!

Then link we together as brothers should link,

United we brave it, unfriended we sink,

Oh! sweet to the careworn and overcharged breast

Is the whisper of friendship and love;

’Tis a soul-soothing balm to the weak and opprest,

And is heard, and recorded above,

By Him who hath charged us to love one another –

Then link we together as brother to brother. 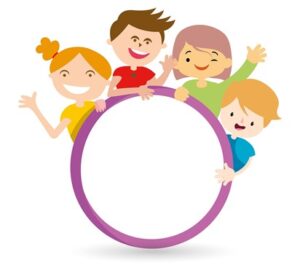