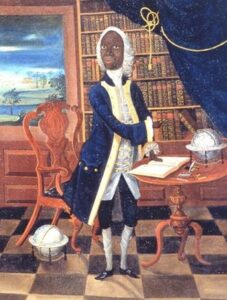 Imagine a world where your entire life’s destiny was determined by the colour of your skin; Francis Williams lived in such a world, but he fought back… through poetry.

Francis Williams was born around 1692 in Jamaica; he was born into slavery, but by the time he was five his parents John and Dorothy Williams had been freed by the will of their former master. Unusually for the time, Francis’ family were wealthy, property owning and free blacks, which set them apart from the majority of Jamaica’s population who were either British (and mostly white) colonists or enslaved Africans . The family’s property would eventually expand to include land and even black slaves.

With this uniquely privileged upbringing for a black Jamaican, Francis and his siblings were able to afford to go to school and Francis would travel to Europe in 1721 visiting and exploring the cultures of various countries including France and Italy, just like the sons of the wealthy British slave plantation owners who dominated Jamaican society. In 1723, Francis was made a British citizen, cementing his place in society and giving him a status that was unattainable for slaves.

Francis’ passion for learning didn’t stop with his travels, according to the contemporary historian and supporter of slavery Edward Long (1734-1813), he benefited from a social experiment devised by the rich aristocrat John Montagu, 2nd   Duke of Montagu (1690-1749) to see whether adequate education could allow him to equal if not better the intellectual achievements of his white contemporaries. The duke funded his education at an English grammar school and then at the University of Cambridge, making him the first black student to ever attend. However, there is one problem with this narrative: Cambridge University has no record of Francis ever attending. The story is, nevertheless, still plausible: John Montagu had strong friendships with other former slaves, Job Ben Solomon (1701-1773) and Ignatius Sancho (1729-1780) whom he had also helped educate and there is no reason why Edward Long—who hated the idea of blacks being educated—would fabricate it, yet the mystery of the first black student at Cambridge remains and crucially Francis’ family had no need for Montagu’s money in the first place as they were wealthy enough to send him to the university themselves. 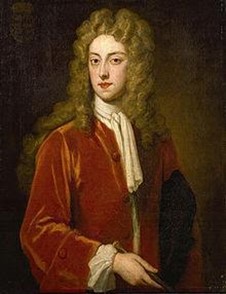 Have a chat with your family: do they know of any relatives who did something legendary? What was special about what they did? What would you like to achieve for your family to tell your story for generations to come?

Shortly after his father’s death in 1723, Francis returned to Jamaica where he would spend the rest of his life. His life experiences had made him acutely aware of the difficulties black Jamaicans faced when trying to get educated, so he set up a free school for poor black children, the first of its kind in Jamaica. Prior to this, free schools had only been open to the children of poor white inhabitants. Francis was determined that other black children would benefit from the education he had received and he taught a wide range of subjects including reading, writing, Latin and mathematics. He truly was a pioneer for black education.

Despite his relatively privileged status as a free black man, Francis still experienced extreme racism and in 1724 was attacked by a white man, William Brodrick, because of the colour of his skin. To add insult to injury, he was taken to court by Brodrick after punching him in self-defence. Due to his eloquence in arguing his case, Francis was found not guilty of assault; however, the white colonists who comprised the court passed a law soon afterwards to make it illegal for any black person to strike a white person, even in self-defence, so they could never be humiliated by another Francis Williams ever again.

In his spare time, Francis wrote poetry in English and Latin, becoming one of Jamaica’s earliest and most successful poets. He died in 1762, having fought against the white dominated society of the time and for the most part won. However, his reputation is complicated by the fact that he and his family directly profited from the slave trade, yet on the other hand, his abilities as a poet and an educator challenged the very theories of white supremacy that underpinned slavery. 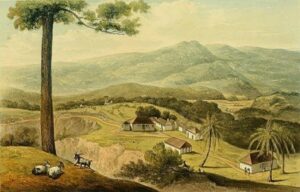 Golden Vale slave plantation, Jamaica. Painted by James Hakewill between 1820-24.
Notably, the slaves are conspicuously absent from this painting. 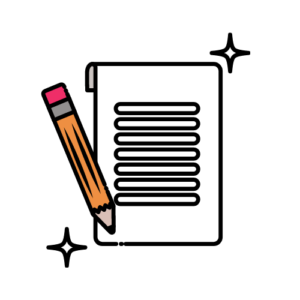 Write a poem about your home town using Francis Williams’ poem ‘Welcome, welcome Brother Debtor’ as inspiration. Don’t worry, you don’t have to write it in Latin! To write it, you can think of what you like about your home town, what makes it special, they way it looks and smells.

Between the sixteenth and nineteenth centuries many European countries including Portugal, Britain, Spain, France and the Netherlands engaged in the transportation of enslaved Africans from Central and Western Africa to their colonies, mostly in the Americas. The reasons for this were complex, but mostly revolved around the labour intensive nature of the production of various commodities such as sugar and cotton as well as the high demand for these products amongst European populations; only through enslaved labour could the demand be met and the prices still remain low—essentially Europeans’ desire for cheap sugar in their tea and coffee created the Atlantic slave trade.

The majority of Africans who were enslaved were captured by other Africans—either through warfare or through kidnapping—rather than Europeans, who often died of disease in the African climate. In return for selling the slaves, the African traders would receive guns and weapons that they could use in more wars fuelled by the demand for slaves. An enslaved person once captured was no longer seen as a human being and was nothing more than an item of property to his or her owners; therefore it was completely justifiable in the eyes of European traders to transport them in overcrowded slave ships with many Africans dying through disease, malnutrition or through the barbaric treatment of their captors before they had even reached their destination.

It is estimated that between twelve million to thirteen million Africans were shipped across the Atlantic over a timespan of four hundred years. Shockingly, the death rate was extremely high, with approximately one to two million dying during the voyage and millions more when they had reached the Americas. The scars of this trade in human beings on such an unprecedented scale can still be felt today.

An Ode to George Haldane

(Note: George Haldane had just been officially made Governor of Jamaica in 1759 when this poem was written and Francis is suggesting that his leadership will right the wrongs and injustices of the previous regime.)