Medicine developed in different ways all over the world. For much of history in the Fenlands, far away from big towns and cities, there was no easy access to doctors or pharmacists like we have today. People would visit a local Wise-Woman to treat their illnesses and injuries. The Wise-Woman would create her remedies from things she could find in the local landscape: plants, animals, water and minerals like salt. The picture below shows one of the witch bottles at the museum, where you can see an interesting mix of herbs that must have served as a cure. 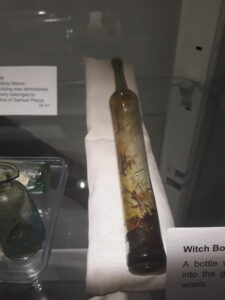 Traditionally, the treatment of illnesses and injuries was not seen as a profession. In rural parts of England, like the Fenlands, treatments were part of the ancient culture. Cures and remedies were passed down from mother to daughter and shared between certain women in the community. For a long time, the human body was not understood scientifically so many wise-women turned to magic, charms and spells. In the Renaissance*, people began to explore medicine in science. Only men were allowed to study science in universities and they began studying to be doctors.

When universities began to use the word doctor, it was the first time that healers were known by the same title.
Being a doctor became a paid job and it was only available for men. 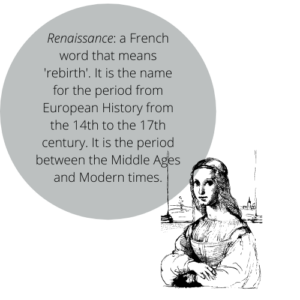 Wise-women did not stop their healing work because it was still important to the community, especially in rural areas. However, as medicine became more scientific and less spiritual, it became exclusive to men and the upper classes.

Women were therefore restricted: they could not get licences to practice medicine. Women’s work as healers did not fit with new regulations, so those who continued this practice risked being punished for not following the rules. These women were called ‘witches’ and could be hunted and killed for their traditional practices.

Today, we have a good scientific understanding of the human body. We should remember that women have been very influential in this even though they could not officially study medicine until 1874, when the London School of Medicine for Women became the first place for women to be trained as doctors. For example, they acted as midwives and would deliver the children of all the women in the village and would help alleviate common ails.