The Summer 2018 edition (207) of The Boneshaker – The Journal of the Veteran-Cycle Club has a fascinating article about Ben Hayward & Son, the bicycle sales and repair company that served Cambridge cyclists for 105 years from 1912 – 2017.

It was a massive wrench for many of us when the Hayward’s shops in Trumpington Street and Laundress Lane closed their doors for the last time in January 2017. Friend of the Museum Carolyn Ferguson relates the story of one sale by the firm that has particular relevance to our visitors.

In its first year of trading, a Mr Joseph Sturton visited Hayward’s shop and purchased a Golden Sunbeam bicycle for the princely sum of £18 18s 6d – the equivalent of £1,780 in today’s terms. The owner of a retail chemist’s shop in Fitzwilliam Street and Thurston’s bakery in St. Andrew’s Street, Sturton was an active supporter of the Baptist Chapel in Tennison Road and was to become the Mayor of Cambridge from 1913.

As every bicycle enthusiast knows, the Sunbeam was a fantastic piece of quality engineering. It had early examples of Roman (aluminium alloy) wheel rims and aluminium frame pedals, along with a light steel frame that was built from butted weldless tubing, and featured an integral oil bath chain case – all fully coach-lined in gold leaf. The left-hand handlebar grip included a puncture repair kit, while the seat post concealed an ever-necessary oil can.

Looking at Sturton’s bicycle today, it’s clear that he was a very tall man. The 28-inch frame is mounted on-28-inch wheels and the saddle is at its highest setting. Unfortunately, we don’t have any pictures of the owner riding his bicycle through the Cambridge Streets for it must have been a truly imposing sight!

Used just about every day for many years, it is tribute to its various owners that it remains in such a good state or repair.

The bicycle’s final journey is just as fascinating. Having been kept by the Sturton family for many years, it was first presented to Hayward’s shop in 1989 by Joseph’s granddaughter. In 2004, the bicycle became the centre piece of a display in Hayward’s shop window at 69 Trumpington Street, as part of the celebrations for the Tour de France visiting Cambridge.

Haywards donated it to us when their shop closed its doors in 2017 and it now resides in the Dining Parlour at the Museum of Cambridge. 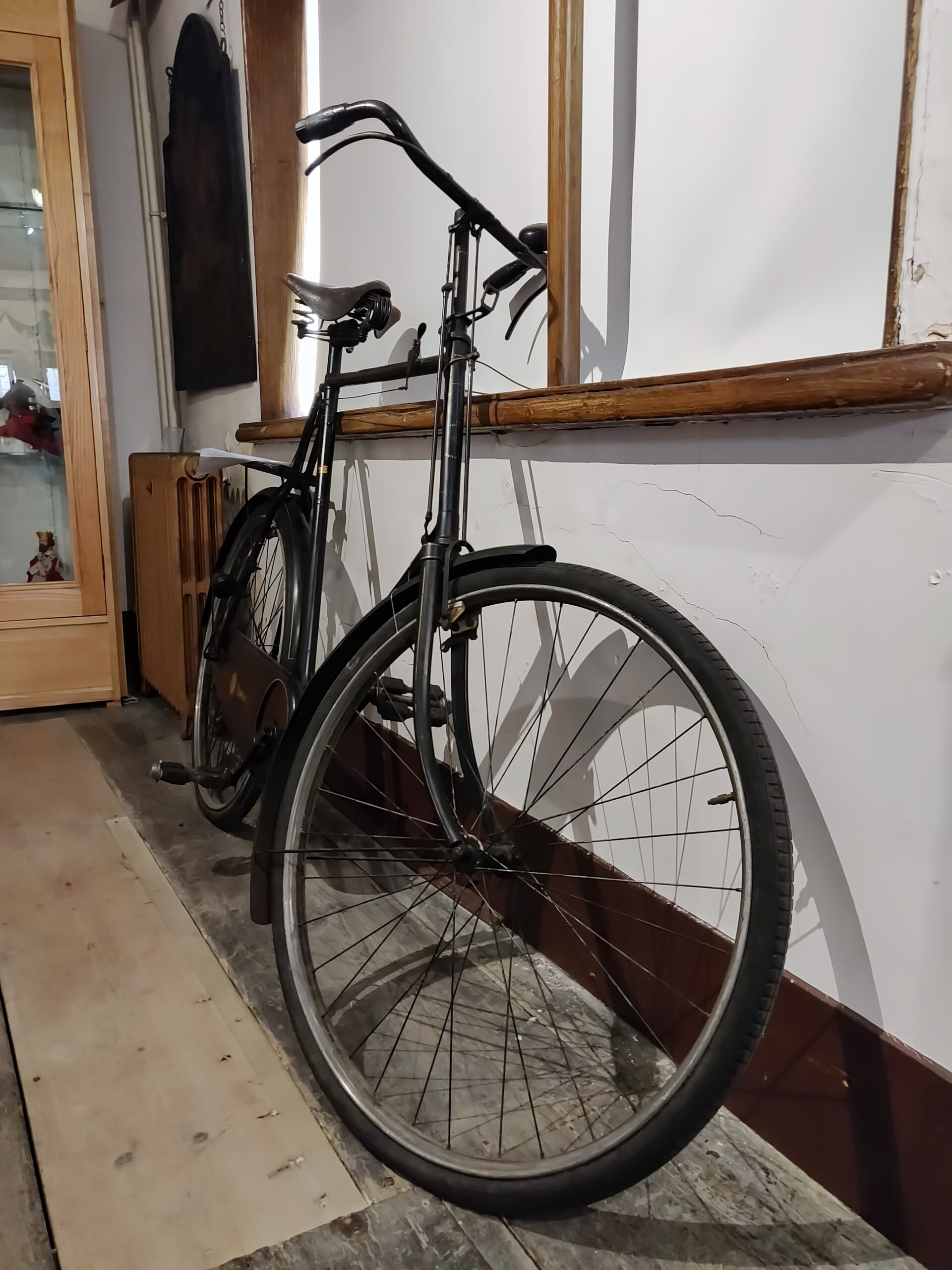 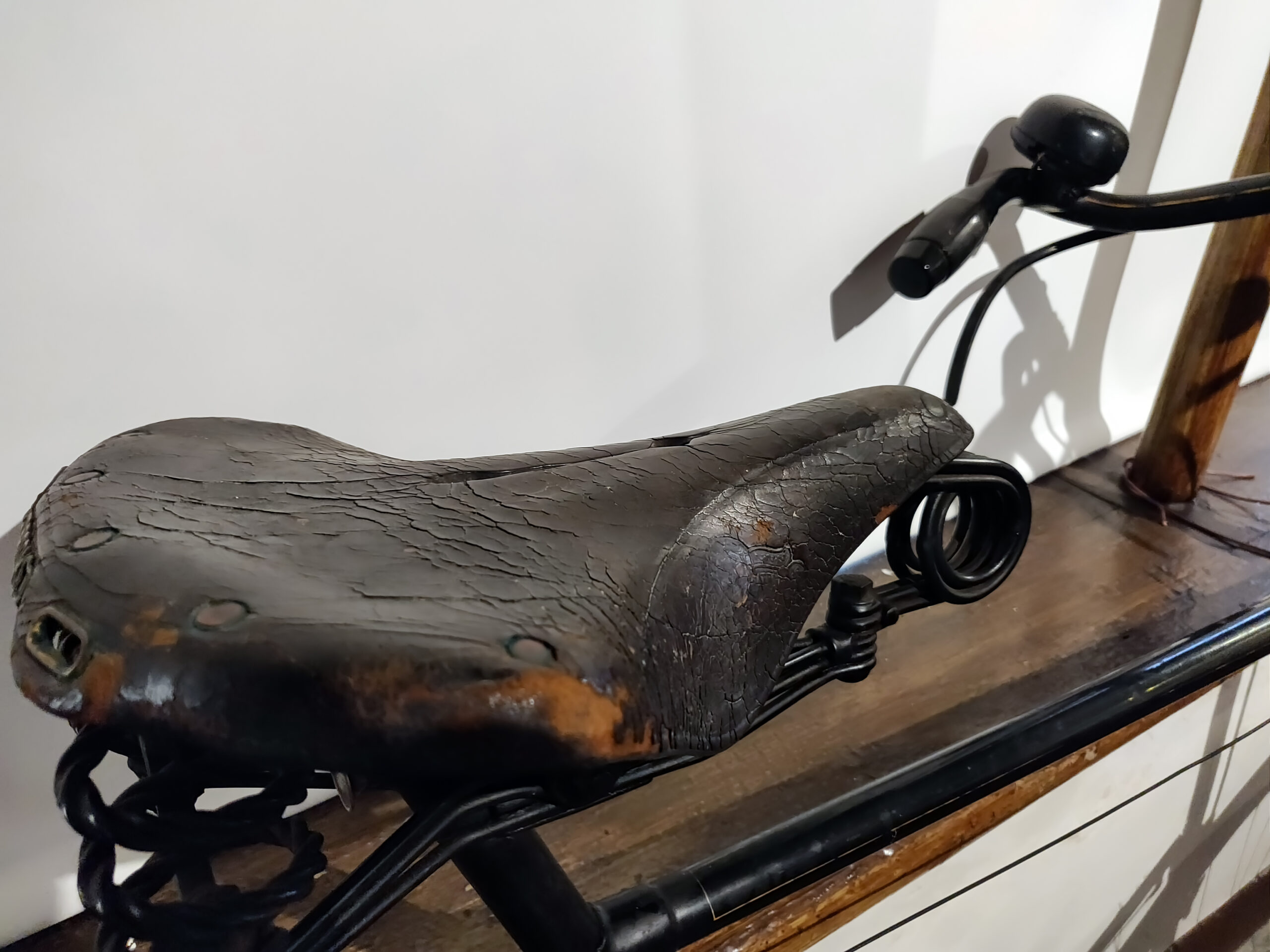 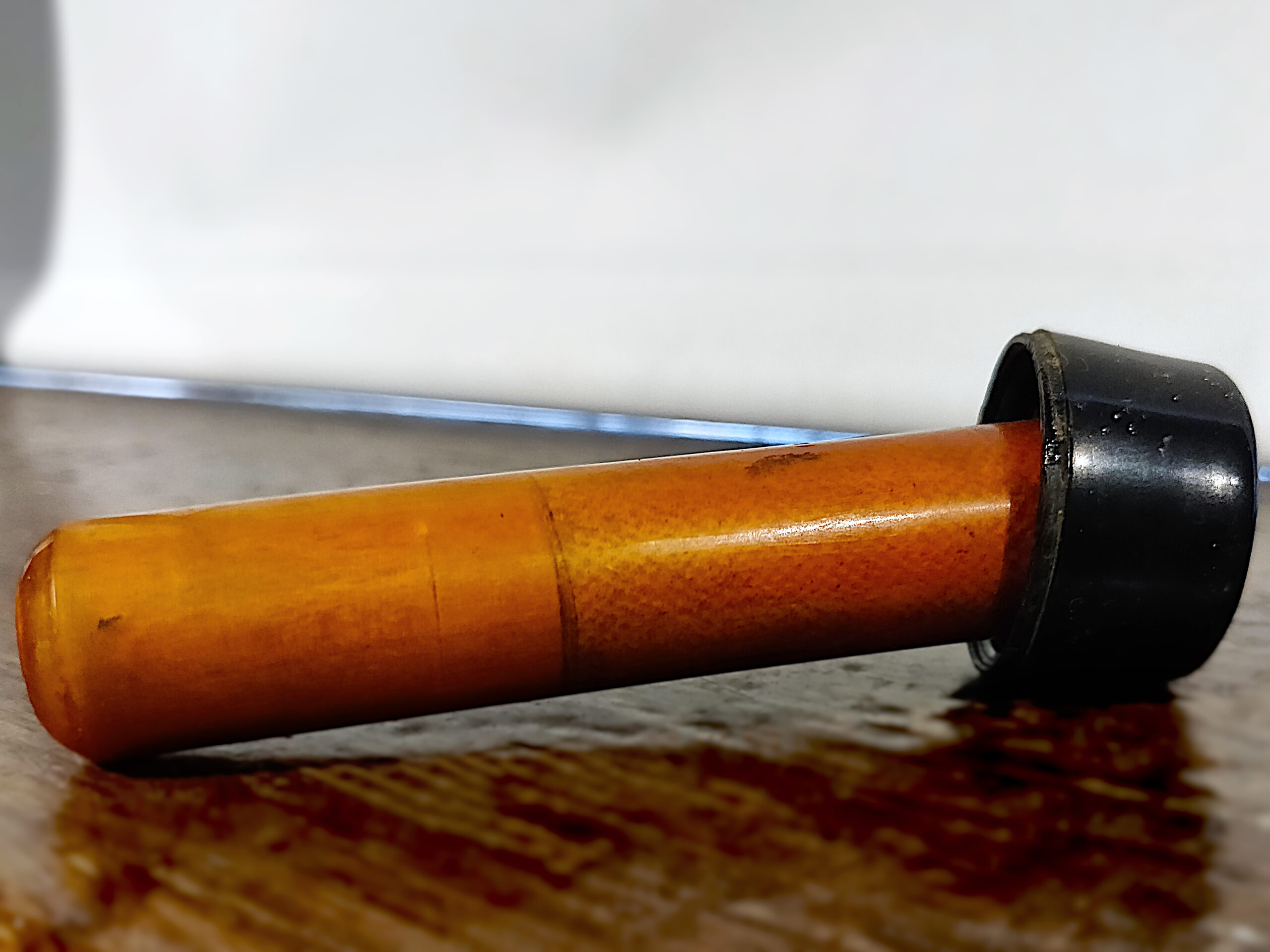 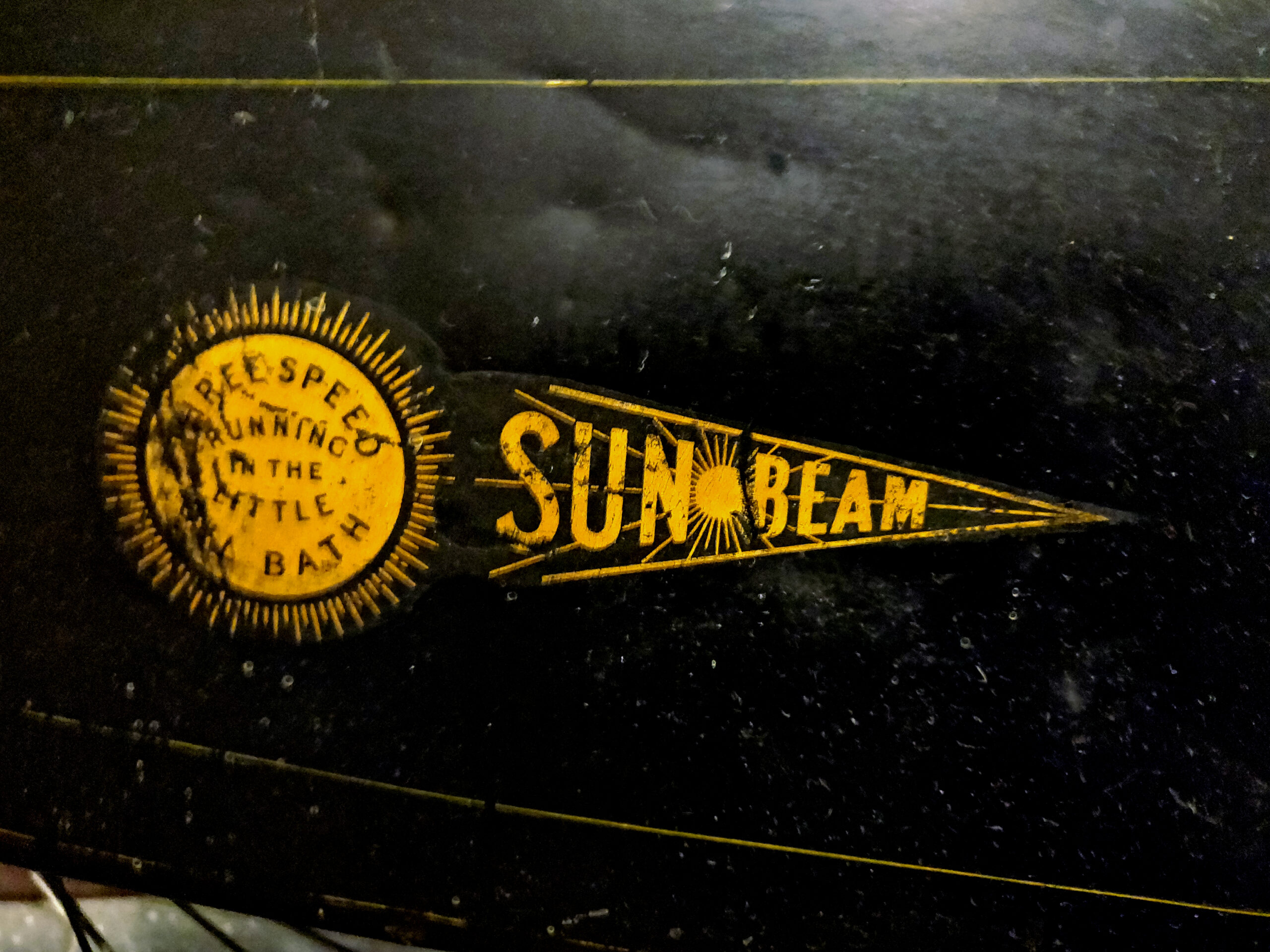 The Sunbeam Logo
The Day the Mayor Bought a Boneshaker